Kinmoku is the online alias of Lucy Blundell, who is an award-winning independent games developer, aiming to create narrative-driven experiences that are both intimate and meaningful. Her first game, the popular visual novel One Night Stand, was released on PC, Mac and Linux in 2016, and later reached console audiences in 2019. 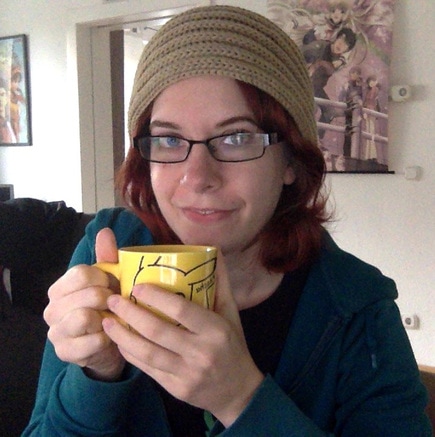 After five years at Electronic Arts, helping hundreds of indie developers successfully launch their mobile titles, Kinmoku left to pursue her dream of creating her own video games as an independent developer in 2015.

Inspired by human emotions, interactions and beauty found all around, Kinmoku sets out to create narrative-driven experiences that focus on our personal secrets. Her games show players a different, softer side of gaming where sincerity, introspection and human relations replace action, fantasy and power.

Kinmoku’s first game, One Night Stand, explored the actions of players thrust into an awkward “morning-after” scenario. One Night Stand found a following amongst game players, became a hit with many prolific YouTubers, and even received a nomination at the Independent Games Festival 2017 for Excellence in Narrative.

Currently, Kinmoku is working on her next title: VIDEOVERSE. More information can be found on the game page.